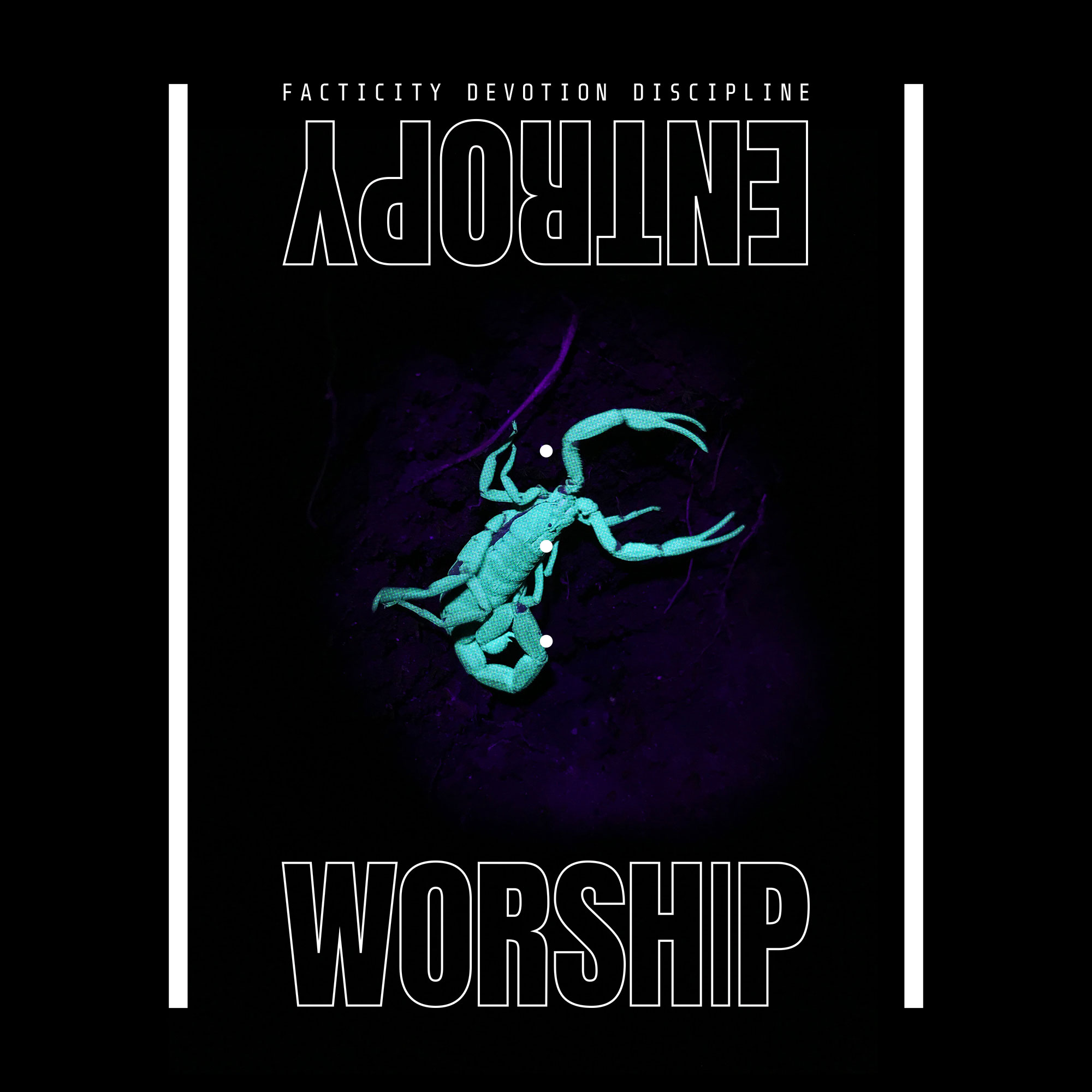 IDEA With consistent themes of error codes, strobes, and warnings, Entropy Worship paints a dystopian world for his music. His tracks are often wrought with punishing sounds that drone with militant rhythms.

Pairing this sound with lo-fi graphics that play with tension and texture helped bring a visual cohesiveness to his world of existential dystopia.
Role: Art Direction, Design
Link: http://www.mutek.org/en/sanfrancisco/2018 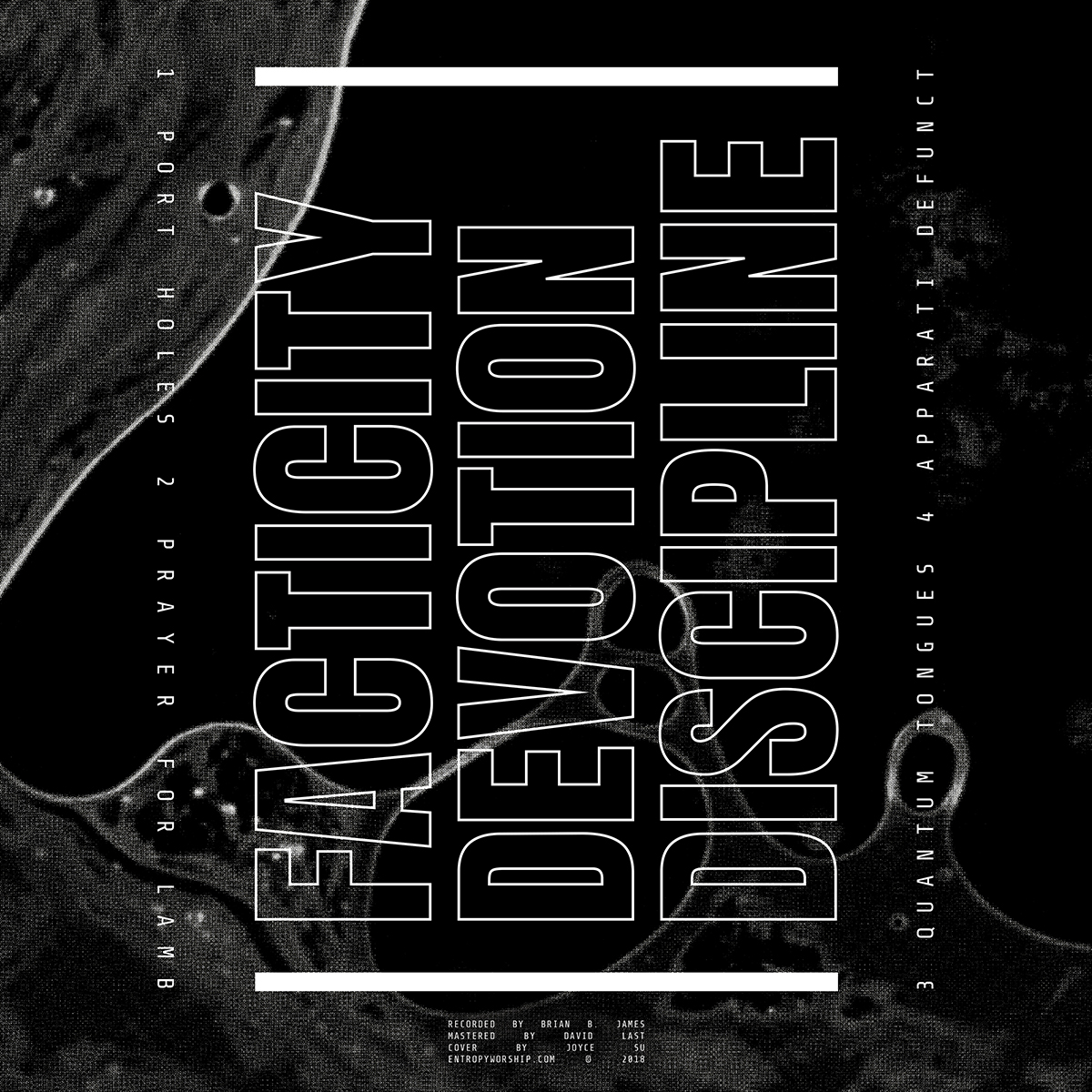 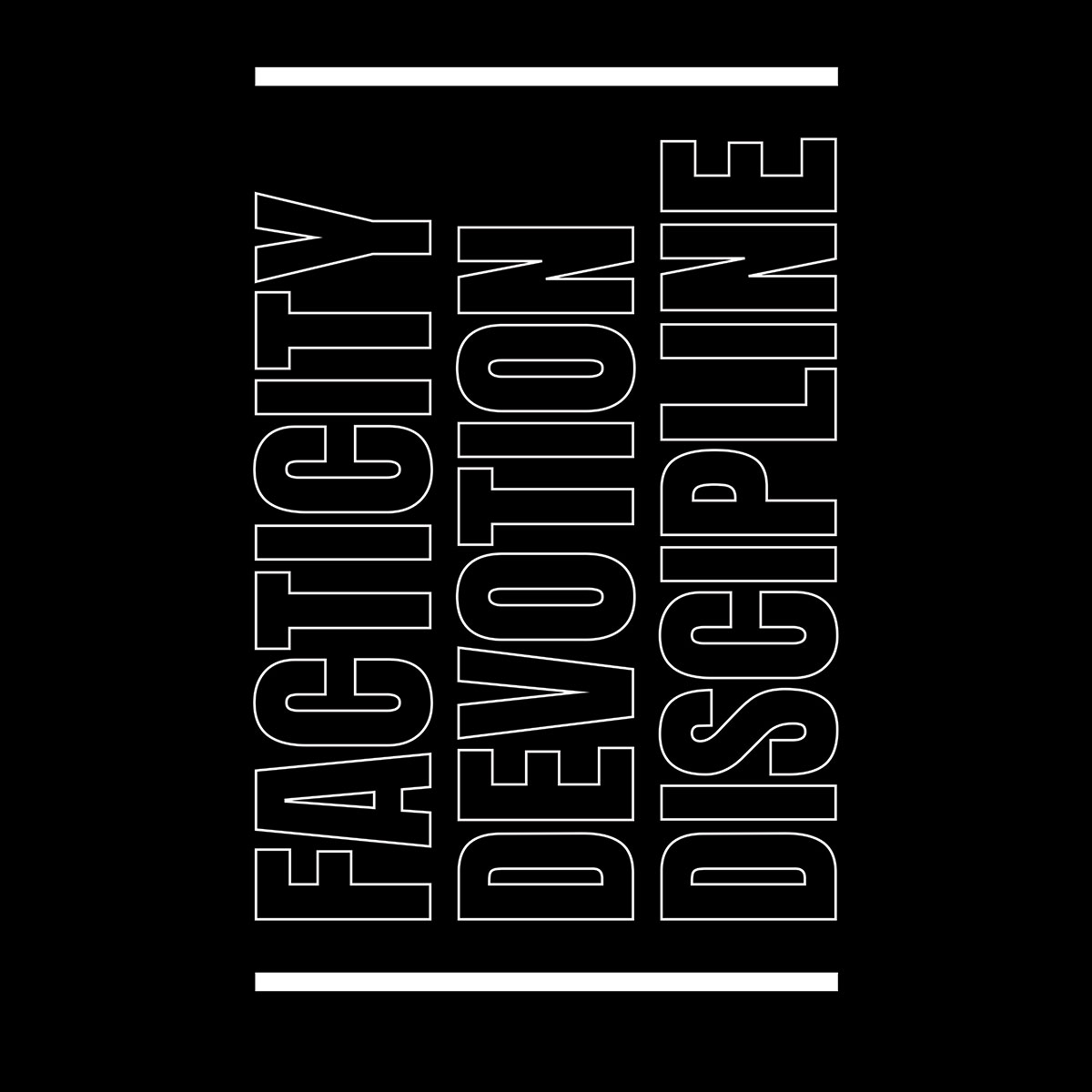 I used a couple of visual markers to carry through the album artwork. The heavy bars are meant to create a wall of imprisonment. It being around the titles and artist create a tension between chaos and order.
‍
Scorpions symbolize power and death, often both feared and revered. Boxing it in with the hard lines and organic circles play further into the theme of chaos versus order.
I expanded the title across entirety of the back cover as if to worship the title's mantra: Facticity Devotion Discipline. I wanted to give this a feeling of mindless, robotic adulation without any hint of glory.
‍
The organic textures are a way to offset the rigidity of the type; this was my way of putting a "ghost in the machine." 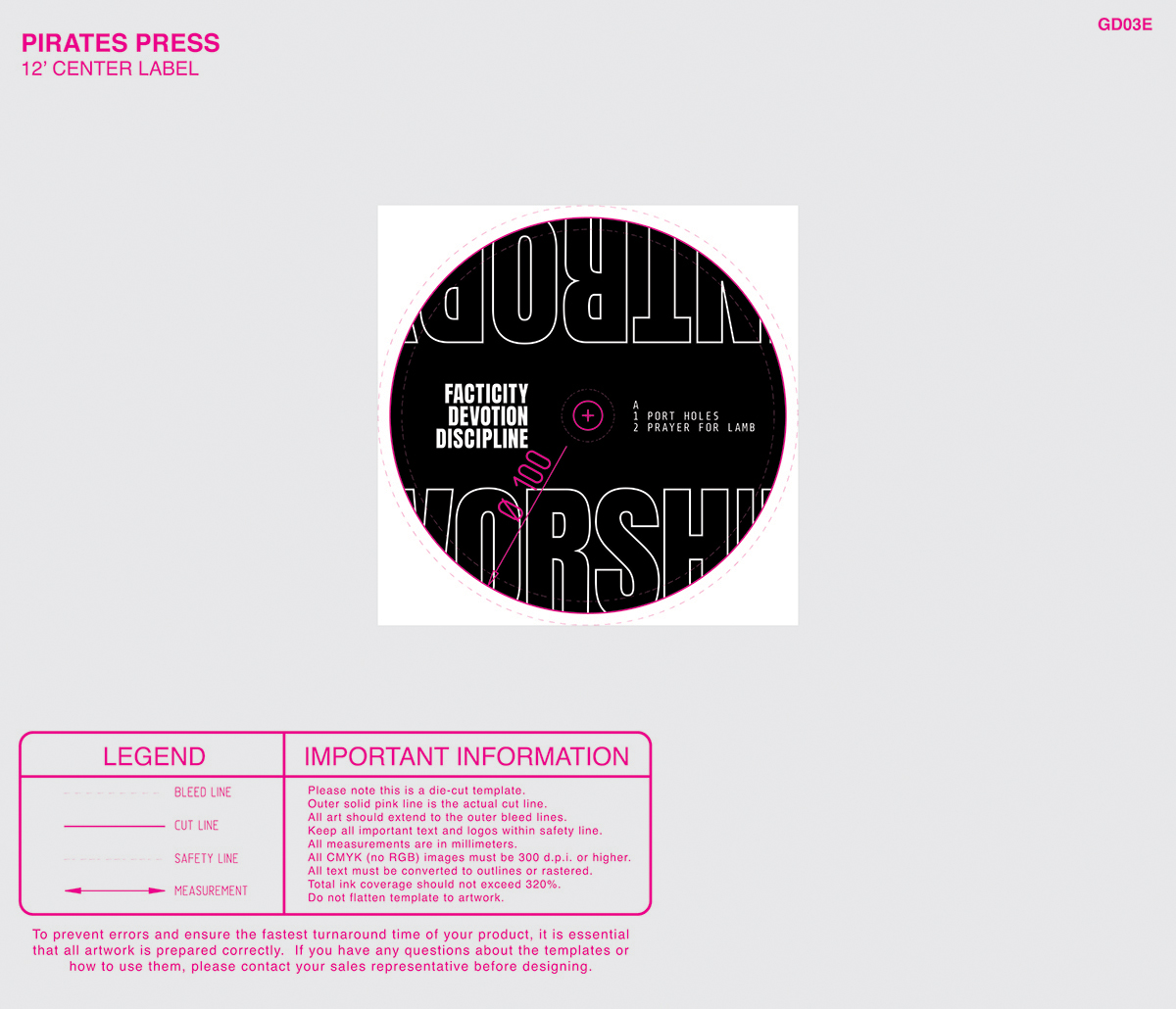 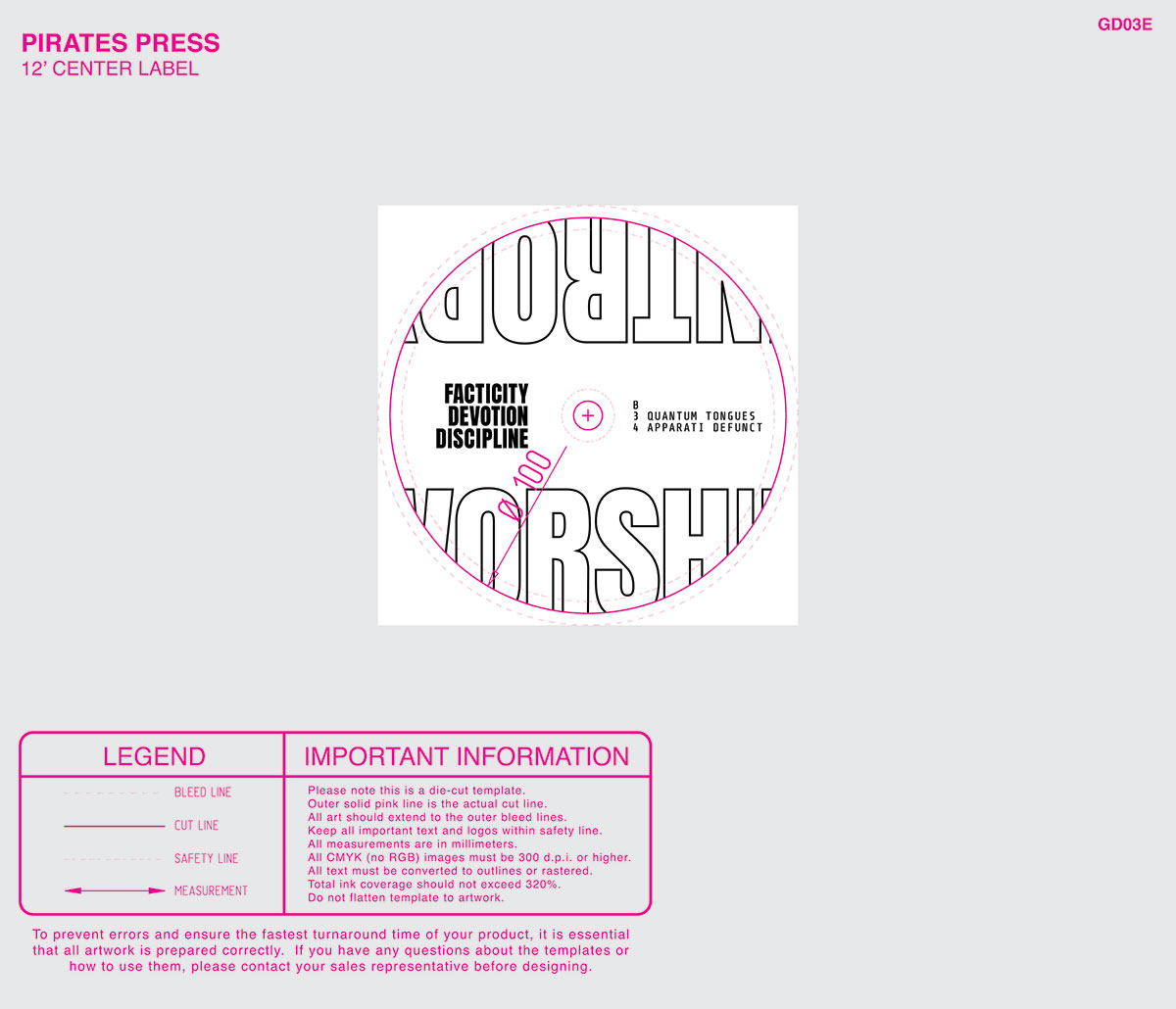 I found the words Facticity and Devotion to be an interesting emotional pairing, two sides of one coin. To mirror that, the labels were inverse from each other.
I kept the formatting rigorously similar to carry the Discipline across.

My family are avid travelers and photo takers. I was sent images a few years ago from Costa Rica of wildlife, including one of a tarantula and a scorpion. The scorpion stuck with me because of the way it was spotlit and how divorced from its environment it was; it looked alien and dystopian.

When I started working on this project, I decided to pull that image, adding more layers of textures and shapes to create a different, digital world for the scorpion's world. 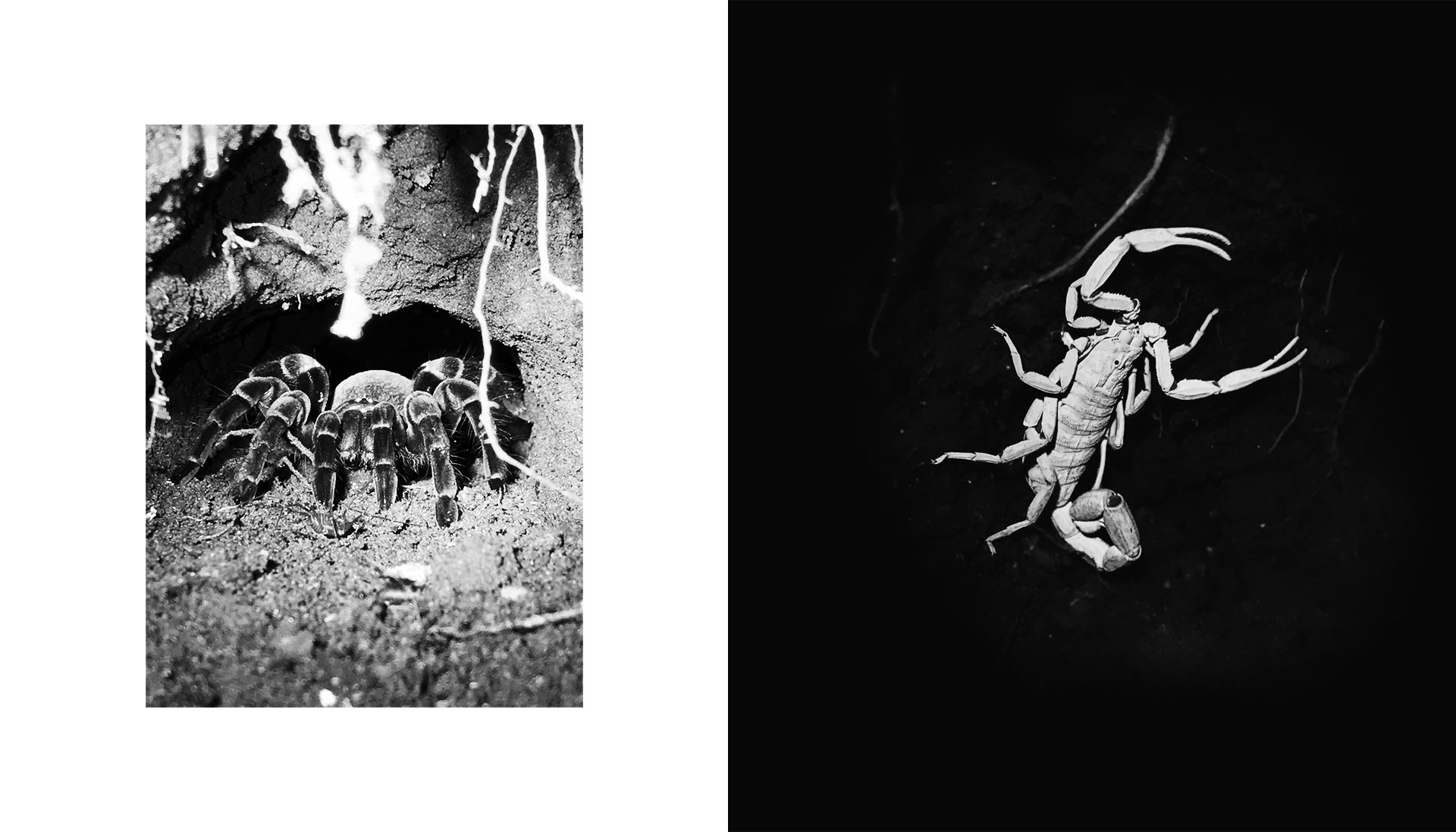